Kuudra is a type of BOSS that can be accessed at the Forgotten Skull on the Crimson Isle. It is similar to Dungeons, in that it is fought in a separate instance from the Crimson Isle, that being Kuudra's Hollow.

There are currently four different tiers of the Kuudra boss fight, those being Basic, Hot, Burning, and Fiery. Infernal tier will be released later on. Each party member needs to meet various requirements depending on the tier. 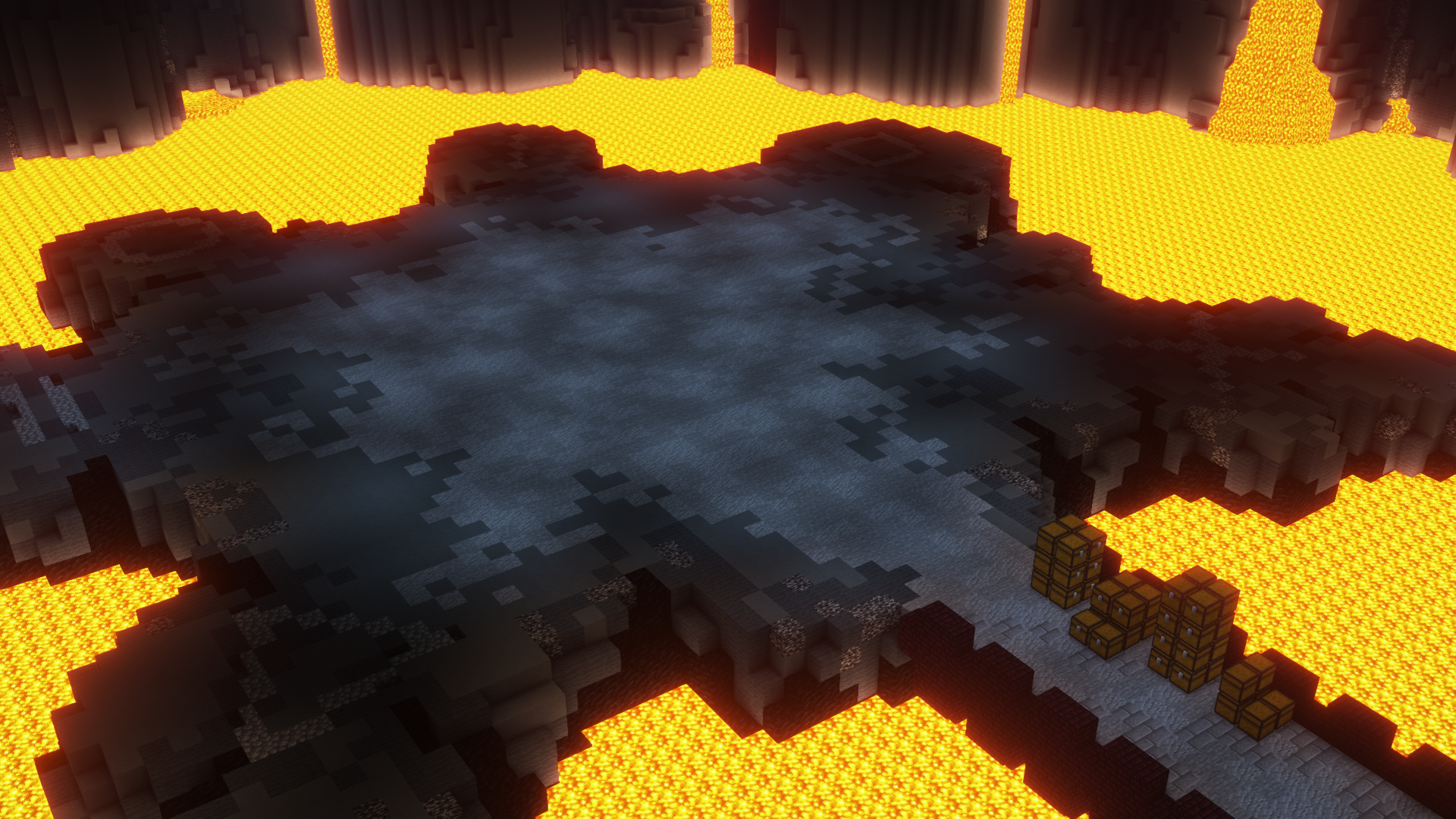 The Kuudra boss fight takes place in the Kuudra's Hollow, as seen in the image. The fight is primarily based on you using cannons to take down Kuudra's four tentacles.