Today we are releasing our first large content patch for SkyBlock. It includes:

If you missed our last few patches, you can find them here.

Fishing is relaxing, but sometimes too relaxing.
1.14 Fishing is currently broken, we will fix it. Better use 1.8.9 for now! 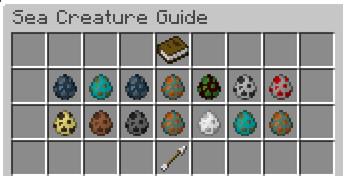 There is a lot to explain, too much! Instead we will give you some bullet points:

We are starting to implement Redstone but very slowly, with more testing we will implement more features.

Few weeks ago, we made the decision that it was time to publicly test SkyBlock. That is, even if we felt like we needed more time to polish a few features and reach higher quality. The decision to release early was because we believe that letting the community be part of the development early on is critical to its future updates. Also, we were having quite a bit of fun already, so why not!

Reality is, the Hypixel team spent the last 6 months working on SkyBlock and had no idea if the community would love our version of SkyBlock. Was it worth investing more time into a game that we had no idea would work or not? It was a big gamble for us to spend so much energy on it in the first place, it was time to get the players involved as well.

The success of SkyBlock is mind-blowing. In the past few days, Hypixel has seen the fastest growth it has ever experienced. The game is twice as popular as Bed Wars right now, we could not have predicted that.

With the massive success of SkyBlock, we are going to do a few things;

To expand on the topic of monetization, it’s important to understand that SkyBlock has a few problems right now;

We have a few key points for Monetization that we want to share with our community;

We are aiming to release our monetization content in July. That will allow us to order more servers and expand our team as soon as possible. In the meantime, we will have to cap the player count from time to time.

In conclusion, your feedback and suggestions are super important and have already affected the future of the game, keep it coming!

Thanks for reading, see you next Tuesday!